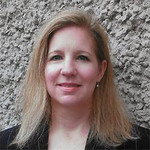 Susan Evans is a civil and family law litigator practicing in Asheville, North Carolina and surrounding areas. She has gained experience in simple and complex litigation matters in state and federal courts since 2000 when she obtained her law degree from Campbell University School of Law and became a member of the North Carolina State Bar.

Ms. Evans is a graduate of Queens College, where she received a B.A. in Communications in 1996.  She received her law degree from Campbell University School of Law in 2000, where she was awarded membership to the prestigious Order of the Barristers for her oral advocacy and brief writing contributions while competing on the school's moot court team.  Ms. Evans has been admitted to the North Carolina bar since 2000.

Ms. Evans is a native of Los Angeles, California, and has been settled in the Asheville, North Carolina, area with her two children since 2004.

Thank you for contacting us. We will get back to you shortly.

Please complete all required fields below.

Evans Law Firm, PLLC is available to help you throughout Western North Carolina in Buncombe, McDowell, Henderson, Rutherford, Polk, Transylvania, Madison, Yancey, Haywood, Macon, Graham, Clay and Cherokee Counties. If you would like to discuss your specific legal needs with us, we invite you to schedule an appointment. We can be reached by phone at (828) 450-1900. If you prefer to submit your inquiry in writing, please e-mail us through the "Contact Our Firm" tab to the right.